Story of Ankit Bhati – The Co-Founder of OLA Cabs

In this digital adopted world. We can book a cab for ourselves at anytime without any issues, yet things were not like this before. To make our life easier by providing the facility of on-demand car rental. OLA has played a significant role in our life. OLA was earlier known as ANI Technologies Pvt. Ltd. The rental ride app was co-founded by Ankit Bhati along with his companion Bhavish Aggarwal (CEO) in 2010 as an online cab aggregator in Mumbai, but now it is based in Bangalore.

Ola Cabs is one of the quick developing startups in India. Ankit Bhati is a personality who can motivate millions of youth. Ankit Bhati looks after the high-tech aspects of the company, and Bhavish Aggrawal manages customer and partner relations. They both feel that Ola Cabs are not helping people to just book a ride, but also helping thousands of drivers across the different states of India is turning out to be business visionaries. Let’s have a look at the story of Ankit Bhati before the OLA startup came into his life.

Personal Close Up of Ankit Bhati

He was born in 1987 in Jodhpur, Rajasthan, India. He belongs to a middle-class family, but he has always been a curious person. He was graduated in Mechanical Engineering and a post-graduate in CAD and Automation from IIT Bombay. He is generally known as an introvert who spends most of his time coding in an old apartment near his college. He used to work in several start-up companies like Make Sense, Wilcom, and Microsoft. But later on, he decided to give up his migrant professional life for his own startup and become part of OLA Cabs in November 2010. Apart from computers, he took a lot of interest in cycling and adventure trips.

Using the innovation which was available back then, the two of them introduced a lightweight MVP(minimum viable product) of the website. Bhavish uses them personally to meet taxi operators and onboard them, while Ankit Bhati runs the online order management system in the backend.

How Did the Idea of Ola Cab Enter?

Ola Cabs is an outcome of the torture point habitually faced by Bhavish Aggarwal while journeying to Bandipur from Bangalore and was left abandoned in his journey by the driver.

This helpless experience made him give something to think about to discover a beneficial and satisfying cab service. In December 2010, he gave the last touch to his vision alongside co-founder Ankit Bhati.

The name Ola was taken from the Spanish word “HOLA” which says “Hello”. There are more people who helped Bhavish and Ankit in fulfilling their dream startup.

Ola’s journey was not smooth as booking a cab on the application, but they also faced many conflicts in between. In 2012, both the founders got a red flag as site blackout. Ankit Bhati, the Chief Technology Officer(CTO), who was in Bangalore, had to work the whole night with the one-person technology team in Mumbai, to resolve the issue but these issues didn’t stop.

So! Later on, Ankit Bhati and Bhavish moved the base from Mumbai to Bangalore and started their mobile application venturing up their start-up.

In April 2018, Ola made its second acquisition with Ridlr (formerly Traffline), a public transport ticketing app. Later in August 2018, Ola financed Series in the funding of the scooter rent startup Vogo, and again in December, They invested another $100 million.

Ola converses with Singapore sovereign fund Temasek to bring $1 billion up in fresh financing. Ola has raised a total funding of around $3.8 billion over 25 rounds. They have a total revenue of $360 million with almost 3000 employees working under this company.

That’s it! Here we came to the end of our article on the story of Ankit Bhati, but we would conclude with a message we all should learn from his story of success.

Message from the Story of Ankit Bhati

Both the founders faced many difficulties in the early phase of their startup dream journey. At times, Ankit (CTO) of Ola Cabs, needed to code for 48 hours continuously. They worked for extended hours to polish their skills and ideas and publish their name in the market. Even they have to drive the customers to their destination when the respective drivers back off. But this didn’t distract or weaken their focus towards their goals. The team worked day, and night and people started loving and using their services. Now, Ola comes in one of the top unicorn startups in India.

Nevertheless, the story of Ankit Bhati is proof of the fact that anything is possible if you have the will and dedication to focus on your goal and not to distract from any kind of negativity coming your way. Two IIT B-Tech graduates who began their careers in Microsoft and different startups have acquired 3 startups to date and raised more than $350 million. Both the partners ended up making a successful application after so many efforts and downfalls. The motivation of Ola’s success story is everyone needs to book their next ride and start their own journey. 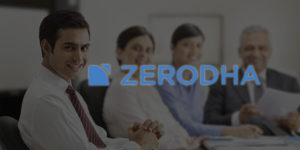